I can’t believe I’ve been out of action for almost a month now!

Anyway for this month’s OWLS theme:

Sanctuary – a sanctuary is a place of safety and stability. In anime, there are several different places and environments that characters call “home.” For this topic, we will be discussing various locations and settings within certain anime series.

There are so many good things I can think of when it comes to ‘Sanctuary’ in the Hunter X Hunter series, but I thought my beloved Zoldycks deserve this feature post. And so, I’m bringing them in the spotlight!

They’re the notorious, feared family of assassins who I choose to describe as:

Way stronger than most of the hunters combined. Think of Chairman Netero, the head of Hunter’s Association, employing the aid of Zeno Zoldyck (the family’s grandfather) for a joint mission.

Their house is literally a castle built atop a huge mountain. They own the surrounding land that would take approximately days, even weeks to fully explore.

They have butlers and gatekeepers who are very well versed in the art of killing should anyone dare to trespass the manor without permission. Not that the family needs the protection.

But if you can’t defeat their servants, who are you to face a Zoldcyk?

Think of it this way. A Hunter Exam is conducted to choose the best of the best. It’s a rigorous, life and death exam that has no guarantee of survival. Approximately less than 50% pass each year. 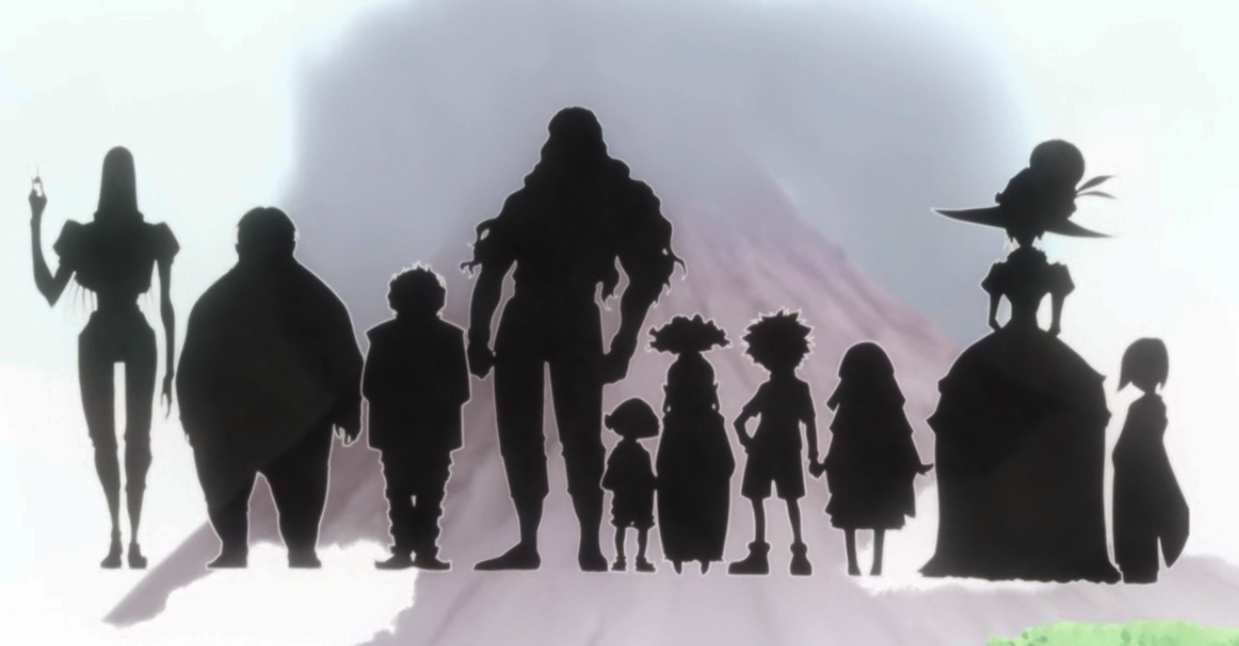 To a Zoldyck, even the youngest member, it’s a piece of cake. You get the picture.

Combine these descriptions to their natural charisma, and you get some pretty memorable family of killers who take pride in their reputation and don’t mind broadcasting their existence to the entire Hunter X Hunter world. It’s their business after all.

Killing is their livelihood.

One can easily put them in the ‘super villain’ category. But the fact that their service is sometimes employed by legal hunters makes them a sort of a necessary ally for a better cause.

But are the Zoldycks illegal? Technically, they’re wanted. There’s a huge bounty on each of their members’ head. Professional hunters hunt them. Killing them (or attempting to kill them) is a legal act.

So why are they still in operation? Simple. They’re unstoppable.

Hunters could try. But taking them head on would be an impractical / dangerous usage of logistics and manpower – something which noob and unreasonably bold hunters ended up paying with their license. And lives.

Time to Meet the Family!

I can talk all day about how interesting this family is, but I’d like to focus on Killua, the 3rd sibling and one of the main characters of the series.

To cut the story short, Killua ran away from home, joined the Hunter Exam for plain fun knowing that there are supposedly strong people attending the test. He met new friends and got particularly attached to Gon (our main guy), who is pretty much the same age as Killua.

Exams got tough, teamwork was stretched, friendships are tested and so on.

In the end Killua and his new circle of friends, Gon, Kurapika, and Leorio managed to reach the final stage of the examination. Hurray!

But then Illumi, the Zoldyck’s oldest son whom Killua feared the most, appeared on the scene, all the while disguising himself as someone else. Illumi, the cold-blooded, heartless killer older brother orders Killua to go home. Seeing no point in argument, our boy assassin did as he was ordered. No choice. Illumi’s way stronger.

But it’s important to note that Killua’s decision to obey his brother sprang from the threat made by Illumi that if his brother should do the otherwise, he’ll just have to kill Gon.

So off he went, back to their gargantuan mansion, where his obsessive-compulsive mother, genius but jealous brother and poker-faced sister were waiting for his return.

When we talk about a sanctuary, we think about safety. It’s a place that ideally feels secure. In a sanctuary, you get to relax and do what you want without worry. It’s a safe haven. It’s home.

Technically, Killua has everything anyone might wish for in a sanctuary we can call our own.

Now, what else can you ask for? Don’t you think Killua has the most secure, safe and well-guarded home of them all? He’s untouchable once inside!

Yet it wasn’t home.

If it was home, Killua would’ve been happy.

If it was home, he wouldn’t have stabbed his own mother just to run away.

If it was home, he wouldn’t have to live every single day fearing his father, knowing that one wrong word can cost him his life.

If it was home, he wouldn’t have much disrespect for his older brothers for threatening his own friends and tying him up in a dungeon as punishment.

Killua is a Zoldyck. He’s a legit member of the family. But their house was never a sanctuary. It’s secure from external harm, but never from internal conflict.

Peaceful from the typical hassles of daily lives, but full of chaos from his mom’s unreasonable, obsessive ideals to make her children the best assassins to uphold their family’s legacy.

Outside, the family looked stable and untouchable. Inside, Killua felt like a prisoner.

And you can’t just imprison a trained assassin without a fight. Of course, he’ll eventually run away.

Sanctuary in simplicity and friendship

I believe Gon was the blessing Killua deserved.

Aside from the character who’s the same age as he is, Gon was the wake-up call and turning point in Killua’s monotonous, bloody lifestyle. Gon provided the warmth Killua never felt with his own blood.

A lot of Killua’s first experience living in the actual world is thanks to Gon. As a kid prodigy of the Zoldycks, Killua was never allowed to play around like ordinary kids.

He was groomed as the family heir since birth and his childhood consisted of having been sent to a far away city to fight with professional warriors before going back home alive.

Gon introduced Killua to childhood games, friendly competitions, bickering, pranks, and the value of eating meals together with the family.

It’s those mundane experiences that made Killua smile – a real smile and not the usual deadly glare he throws at his targets seconds after he makes the kill.

He’s become better at interacting with people by being with Gon. It might not have erased his bloody past, but being friends with Gon, visiting his hometown and meeting the island locals, Killua has undeniably managed to feel alive, independent and responsible for his actions.

The Zoldyck clan, is of course, fictional. But it has more symbolisms in present society if we only take a closer look. It can be any of the following:

…and more. It’s the thing that gives us the illusion of stability and security but often ends up becoming a root cause of conflict among our family, friends, and colleagues.

At times, what we think as the best, unbreachable shelter or sanctuary may end up becoming a prison in the long run.

In our desire to please our parents, we might be giving up our calling. In our solid adherence to traditions, we might be misunderstanding and judging other nation’s practices. In our blind belief in religion, we might be limiting ourselves to pursuing Biblical truths.

I’m not saying we should all do what Killua did and run away from home. That’s irresponsible especially for students who are still financially dependent on their parents. But it’s important that we seek for answers.

The stability you experience and love right now might just be an illusion. It might even be limiting your full potential. It’s exactly why you hear a lot of people saying something like ‘Get out of your comfort zone.’ Sometimes, we need to consider stepping out and looking at things from a different perspective.

Some people travel to learn.

If Killua didn’t run away and appease his curiosity of the outside world, he wouldn’t have become that adorable ball of sunshine Hunter X Hunter fans came to love.

As a group who promotes self-respect, I hope for OWLS to provide a means for co-bloggers, otakus, and anime enthusiasts to exercise open discussion and discourse about things that matter to us in common, and by doing so refrain from judging someone else based on your own pre-conceived beliefs. It’s how we become stronger as a group.

More importantly, may OWLS serve as a sanctuary for co-otakus looking for an avenue to communicate in a language and manner they’re comfortable at without having to fear for judgment and criticism. 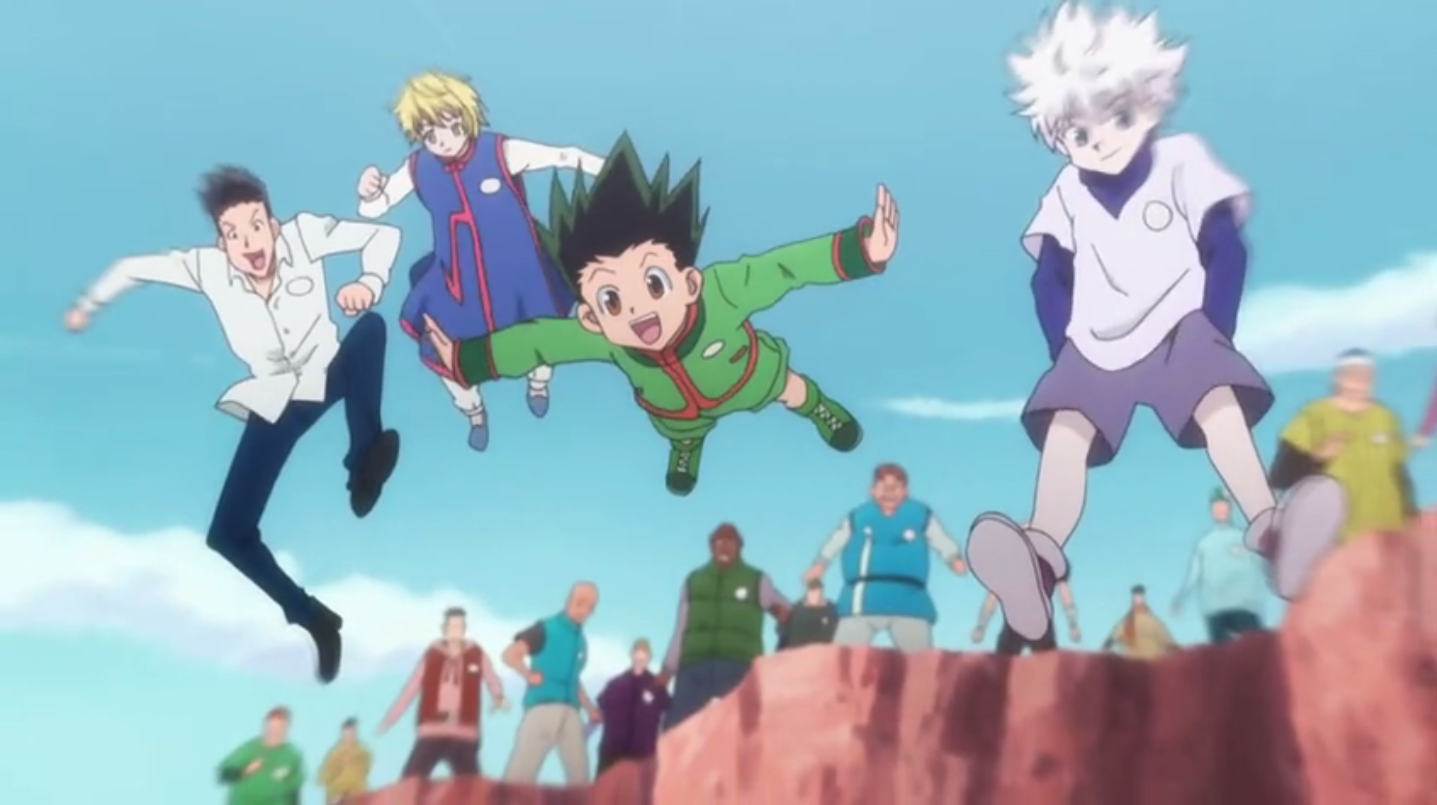 I might not have met any of you guys in person, but at least I can say that writing this post somehow felt like….we’re connected. Because we are! And isn’t that the foundation of any sanctuary? Human relationships.

In case you missed yesterday’s post, Lyn-sama talked about Sanctuary in the anime Princess Jellyfish. Go check it here.

And that’s it for my March entry! Enjoy the day ahead!

38 thoughts on “OWLS Post: A Home Away from Home – What Sanctuary Meant for a Zoldyck”

Intersection between drama and language.

Pick Me Up Poetry
100 Tang Poems

Based on the 300 Tang Poems, Chinese English translations and occasionally French