Matt’s Rosario + Vampire post kick-started OWLS’s blog tour for April so if you haven’t checked it yet, go ahead and do so.

“Colors” refers to people of color in anime. For this monthly topic, we will be discussing how people of color or characters of different “races” (a literal alien race) are represented in anime. Some topics we considering is the dangers of stereotyping, bi-racial characters, and the importance of racial inclusion.

When the theme was officially out, I knew it has to be K-Project. I love K-Project, and it seemed like  an obvious choice especially when talking about ‘colors,’ because well, the series literally put so much emphasis on it.

K-Project in a nutshell

It’s about 7 clans ruled by a designated ‘king’ who each owns a specific territory and commands a group. They are identified by COLORS and have some distinct ways, mannerisms, and group policies that each member of the clan obeys. And yes, they have distinct powers too!

Ideally, the clans were to be on EQUAL standing with each other – with everyone respecting another group’s policies and mode of operations and trying AS MUCH AS POSSIBLE to mind their own business.

Unfortunately, this idealistic vision doesn’t seem to work well given the unique  identities of the clans as well as  the disposition of their ‘Kings’.

They’re the group who work behind the scenes. At present, they can be represented by huge corporation CEOs, Triad bosses, etc. We know or get the feeling that they’re there. But we never see them in action.

In the anime, this clan exudes the aura of being indifferent. They don’t mingle, they don’t get in the way. But if they feel like their stability is tested and someone’s been prying on their business, they act. Fast and efficient. 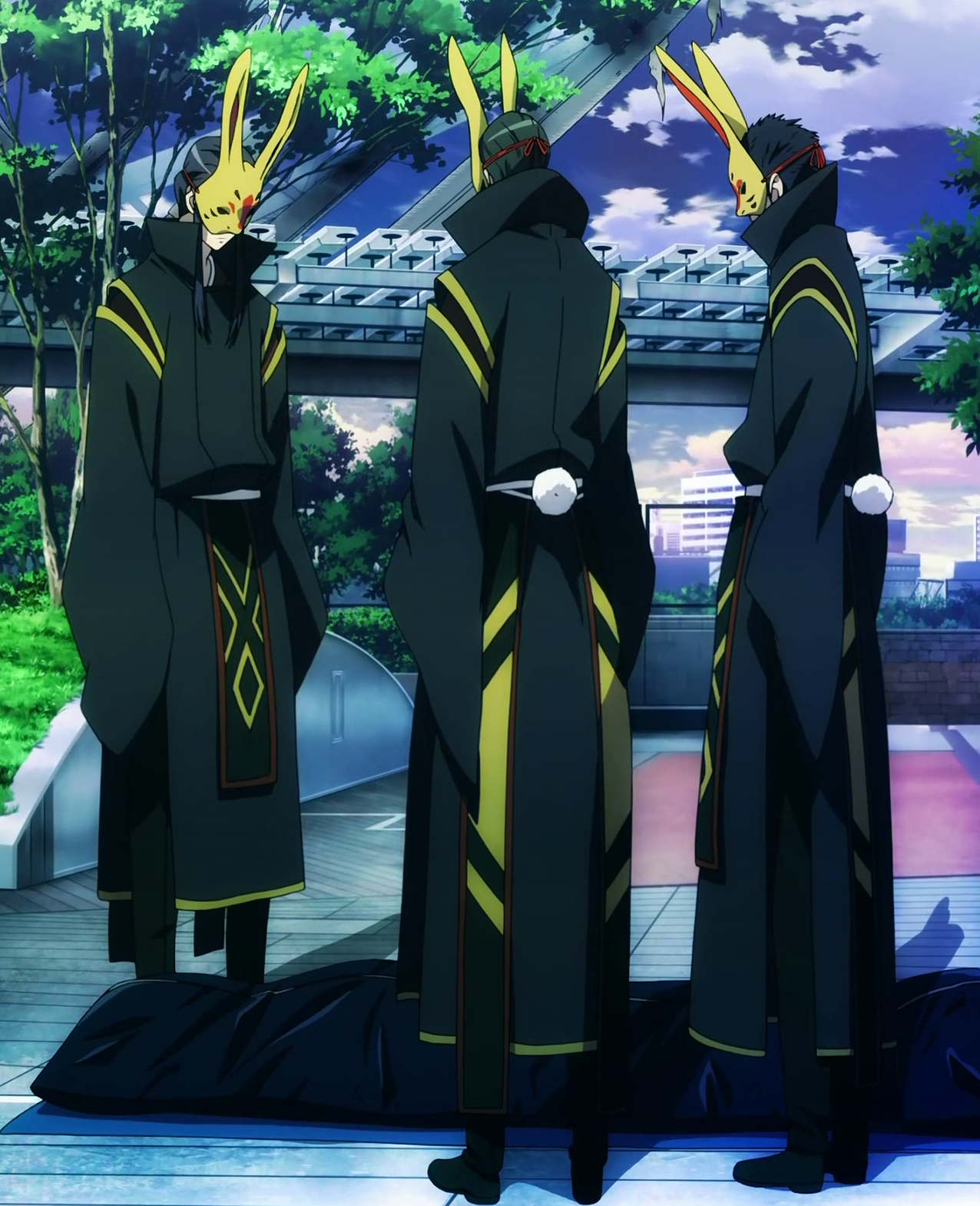 At present, they can be presented by international political entities who has their eyes and ears on other nation’s interests.

Or the ‘Freedom Fighters,’ ‘The Freestylers,’….name it. In the anime, they’re the group who exercises the strongest individual will, which is not hampered by any specific set of rules. This can be largely attributed to the fact that their King (Mikoto Suoh) wasn’t much of a ‘policy person’ too.

They work in groups, have the strongest bond and regards loyalty to their ‘clanmates’ with so much reverence. I guess lots of millennials fall on this clan. No offense! ^_^

Like the police force, yes. They’re the direct opposite of the Red clan. They follow strict rules and policies to maintain peace and order in their territory. With the Red’s rather rash actions, it’s not a surprise to see them butting heads with each other every now and then.

This clan is tech-savvy and uses their organized  network to improve their individual rank within the group. Sadly, many members use this opportunity to step on their own clanmates  and harm other clans. 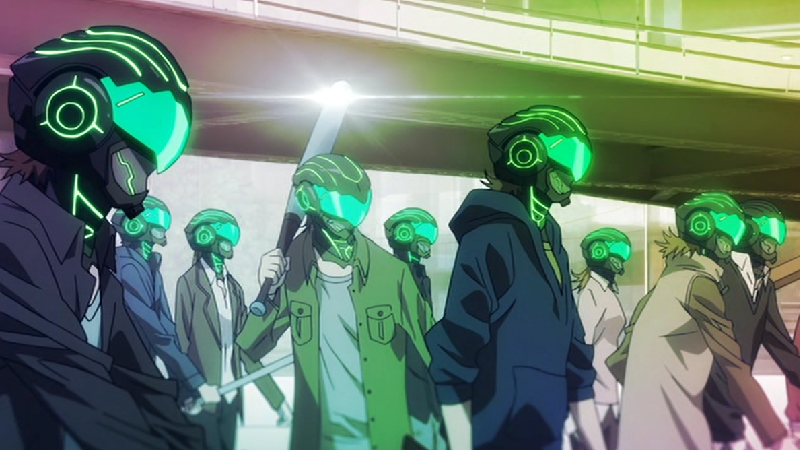 It’s honestly difficult to equate a stereotype to this clan as it’s only presented by their laid-back king in the anime series. Despite not having a very solid identity, Tenkei Iwafune (the king) remains  a practical man who doesn’t complicate things.

Anyone who lives life simply, listens to people and refrains from overthinking can most likely relate to this clan.

Much like the Gray Clan, there wasn’t so much focus given on this clan, but the airtime given for its introduction is enough to get an idea of what it stands for. This clan doesn’t meddle with the others’ affairs. In fact, some argued that it may be nonexistent. 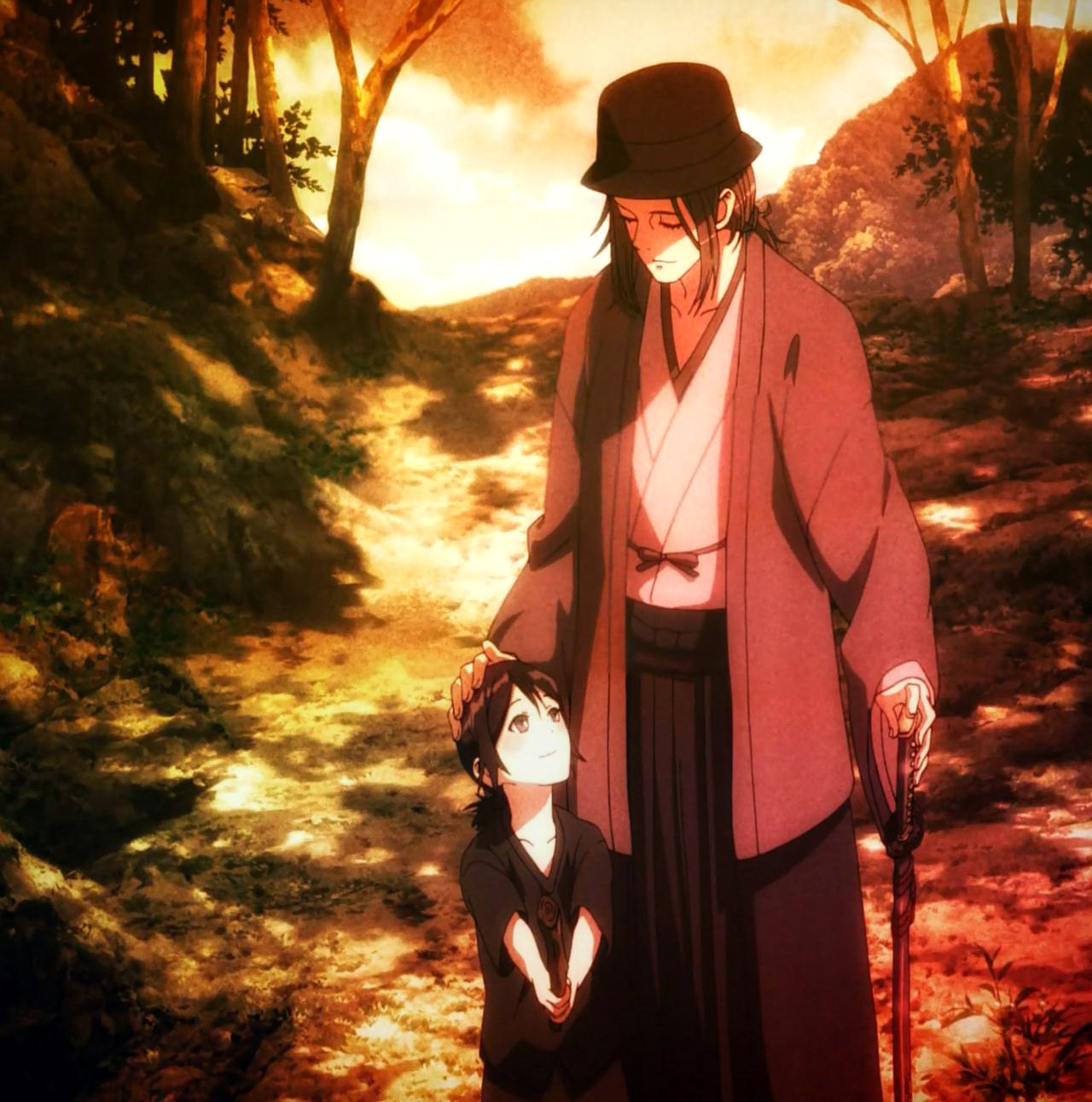 But it’s king, Ichigen Miwa is an advocate of kindness and sees peace as the highest form of virtue. He was well aware of the existence of evil, but it never stopped him from doing what is good and right.

Tell me who your king is, and I’ll tell you who you are

And while no one could actually give a definite description of your personality, it’s quite true that the people you spend most time with are likely to have the same interests as you do.

Stereotyping isn’t new and we see it across all levels of social relationships  just like in  K-Project.

…and so on. Likewise,

COLORS in K-project is a statement of identity and belongingness, but it has also become  an instant label for stereotyping.

While one finds family and friendship in a group, he or she must also brace himself for the potentials of being labeled as this and that.

On the brighter side, it gives one the opportunity to face the challenge and prove the others wrong. Just because you belong to this race, color, or group doesn’t mean you no longer respect what others stand for. The Red and the Blue clans were at each other’s throats ever since the series started. But their differences and issues never stopped them from working together in the end to achieve a common goal – something which you’ll have to see for yourself if you haven’t watched the series yet.

OWLS have been continuously raising awareness across the blogging community, and #FreeToBeMe pretty much has a clear and solid identity. Still, I know we can’t please everyone with what we’re advocating. But OWLS is OWLS. Let’s keep on moving forward!

Don’t miss our next stop with Naja’s Naruto post this Friday, April 7!

P.S. To those who’ve watched the series, who’s your ultimate clan bias? My heart goes out with Red! (although my sense of duty sides with the Blue)

49 thoughts on “K-Project OWLS Post: Your ‘Color’ Says It All (or maybe not)”