Yes, possible spoiler alert, but I’ll try my best to keep it minimal.  And I’ve been gone for quite a while so I won’t waste time to explain why and just get this entry right to you guys.

“Family means everything (or does it?)” This month, we will be discussing the importance of family relationships in anime and pop culture. Family relationships include a child and his/her parents, sibling rivalries, adoptions, and etc. Some questions about family that we will be contemplating on include how one’s family shapes his or her identity? How do we define family? How does a broken household influence a person’s view on family? We will be exploring these questions and types of relationships in this blog tour—so enjoy!

But before the ‘enjoy’ part, what if you’re put in a situation when you have to choose between your family and the love of your life? 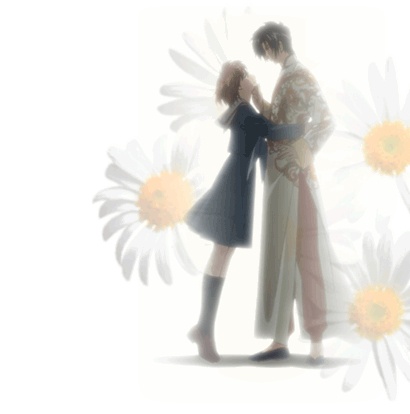 Can you easily decide to go with one option and totally disregard the other? Or will you succumb to a Lelouch-like decision and bear every hardship on your own for the happiness of the rest?

The concept of family is basic, but the actual building of relationship can be challenging.  Moreso if keeping your family intact involves sacrificing your own desires and keeping your emotions in full control.

And we all know how fluid emotions are.

Today’s focus is Lee Leng Huang (pronounced: Li Ren Fang), one of the show’s leading characters. And no, his looks was definitely not a part of why I chose him to be the star of this tour post.

Li Ren – The rich, intelligent, boss of the Fang Clan

Li Ren is the head of the Huang group, a powerful family in Shanghai who controls a significant part of the country’ s economy. At a young  age, he has shown intellectual aptitude and superb character fit to govern their family’s business dealings.

It wasn’t a surprise then that he was selected as the head. But Spiderman already said it – with power comes great responsibility. In Li Ren’s case, the responsibility also came with tremendous pressure. Even more pressure from the branch families who seek to oust him from his position and take over the business.

Who in their right mind would agree to take on the ‘bodyguard’ job when you have a whole business empire to babysit?

Li Ren did. And he’s far from crazy.

FOR THE SAKE OF HIS CLAN’S FINANCIAL SURVIVAL:

By agreeing to these responsibilities, the powerful Harry Burnsworth promised him a better business relationship that could elevate the Fang family’s reputation in Shanghai and beyond.

Strictly a bodyguard, never a candidate

Li Ren has the name, looks and upbringing that can make her at par with Kajika’s  other ‘husband prospects,’ but apparently, Harry didn’t think so.

His role has to be the observer of the whole “Husband Game” concept. He knows that.

But then he fell. Fell hard. In love. With the heiress. Bad news. Bad for business. Bad for his family.

Then comes the forced marriage

Again, for the sake of his family.

Arranged marriage is nothing new. And Li Ren fell prey to the inevitable fate of Fang leaders who wish to stay in power. And what can he do?

It is his responsibility. It is the obvious choice. But is it the right one?

Personal Note – What this says about ‘Bloodline’

Li Ren’s strict adherence to the status quo is cliche. Boring and stupid even if I consider his wits and abilities. But I think I understand why he did what he did.

While you can pursue or desire something for your personal gain, familial responsibilities have the power to dictate your decisions even if you believe there is another option.

If he wanted to rebel and leave the family to be on his own, he can. But he didn’t. His loyalty and priority is his family. That, in itself, is an unspoken description of who he is as a man.

Oh, and I never said this was the end of Li Ren’s story. It’s for you to  find out! Now go ahead and meet Kajika’s husband candidates for the full family feud recipe!

-Signing off for now-

This is really a character-centered post rather than the series itself. Comments, anyone?

7 thoughts on “OWLS Bloodline Post: Family Above All, but What About Romance?”