Apparently, we’re now called ‘owlets.’ So hi there owlets and friends! It’s September and our topics just got even deeper. *whew*

If you haven’t checked out yet Miandro’s post for this month’s ‘Treasure’ blog tour theme, go ahead and take a detour. It’s a nice post. Any fans (or non-fans) of ‘Your Lie in April’ anime series? Go read it!

Now onto the month’s theme:

I repeat, they cannot be taken for granted. And so Iet me first extend my gratitude for the brilliant mind (s), you know who you are, who decided that it’s about time we talk about this in the open – to raise awareness.

Because after all, prevention and offer of help first come through awareness.

Many think being on top is a great thing. Shin knew better.

As the founder of the renowned team KATANA and their school’s Juken Club, many students and professional martial artists in the series knew who Shin Natsume was – a charismatic martial arts prodigy you never, ever want to mess around with if you want your bones (and life) intact. 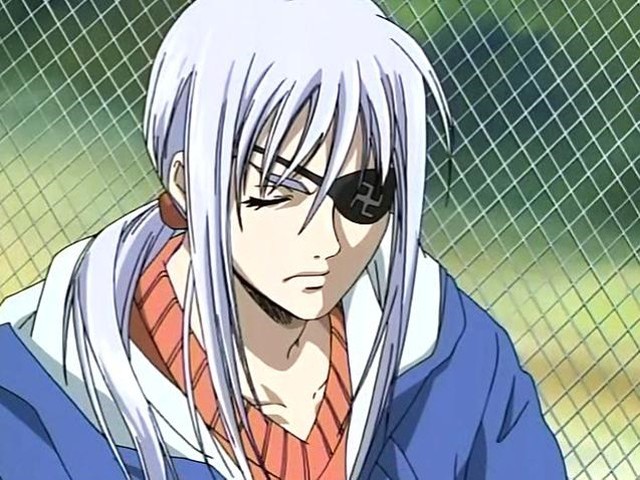 He was trained by the Takayanagi patriarch, head of the strongest martial arts family in the series, and at a young age managed to steal the secret technique that the said family has long been protecting.

Shin was never just strong. He was a genius. A leader. A kind club president and older brother.

And then his power became too powerful to control.

Even family can abandon their own blood  – out of fear

Shin valued strength. But the sheer power and brutality that comes with the awakening of his Dragon’s Eyes (a skill you’ll have to find out for yourself), was too much.

Too much that even his own father and family decided to lock him down in a dungeon away from the other families who may seek to kill him – and the entire Natsume clan as part of the collateral.

The Natsumes deemed it necessary to lock him away.  For survival. For safety.

At this point, I knew, like seriously by heart, how Shin wished for his power to vanish. Because what’s the point if he’ll lose his own family?

While the rest of the clan abandoned Shin for their own good, here comes the young Maya, sister of Shin, bringing food and visiting her brother’s cell. 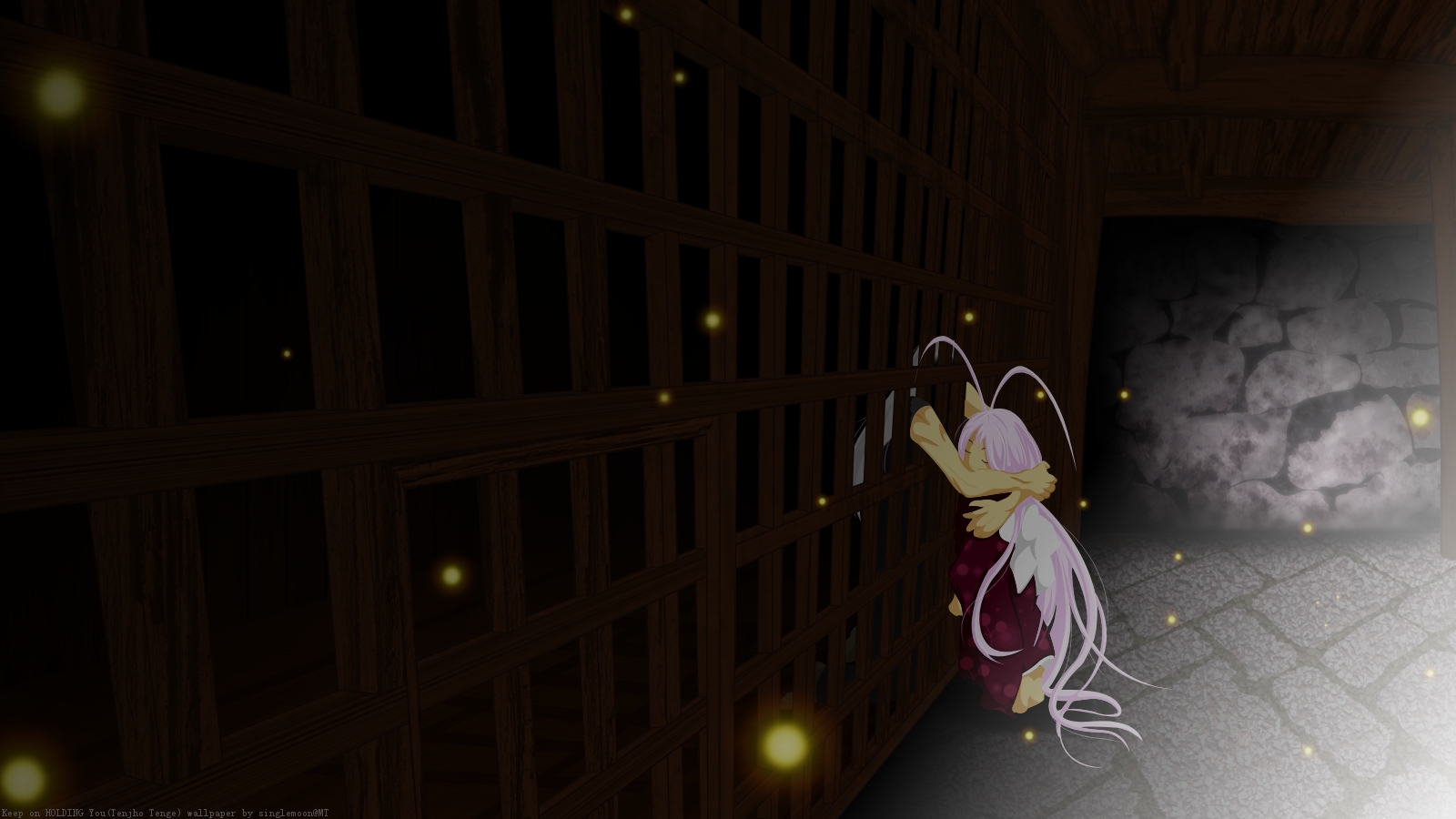 Nobody in the family knew what Shin felt. Fear, was for them, the stronger emotion. But not to this lovely little lass who feels nothing but love for her brother.  They promised to stay together, protect each other. 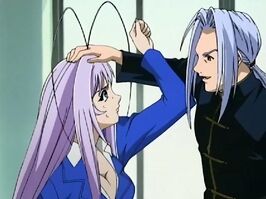 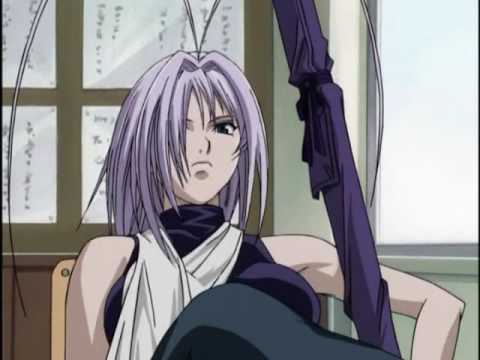 And for Shin that meant something. Everything.

For him she’s everything. Therefore, nobody can take her away – ever

Possessive, I know. But only because he became one.

This is the part of the story where we see the gradual, visible change in Shin’s character. I won’t be spoiling much detail but the gist of it all is HE HAS CHANGED.

Not for the good. And only because he treasured Maya so much – even to an unhealthy degree that one can consider as an obsession. The highest degree of sister complex existing in the anime realm.

What started as a kind, charismatic and understanding leader became a brutal, selfish, and overly-protective brother who doesn’t want anybody taking his position away from his sister’s side.

Shin wants – needs – Maya by his side. And as the series showed, literally destroyed anyone who tried to break the bond.

I watched this series while I was just starting high school, and back then, I saw anime as colorful, happy, exciting and fun-filled adventure shows meant to relax and deliver happiness.

So imagine how I felt watching Shin’s twisted mental struggle, eventually ending up to his suicidal thoughts – of wanting someone stronger to appear one of these days just to kill him and take all the pain and guilt away.

I remember myself walking out of my room in one of the scenes just because I can’t take the feels. When I came back, the feels just got even heavier I end up crying! Of course, I can’t forget this. The first time I cried was because of Cowboy Bebop. I never forget shows that make me cry. 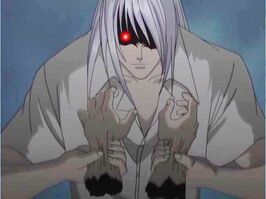 Anyway, the idea is nothing new.

There are probably other characters out there with the same issues.

But I find Shin’s dilemma so memorable because it was so apparent how he never liked the idea itself! He’s a contradiction to his own desires and worse, nobody – even his best friends in team KATANA really managed to pull him away from the deep pit of anguish he’s more or less inflicting on himself.

Shin wanted to die not just because he’s in pain but because he’s aware of the pain and suffering he brought to the people around him.

Even to Maya whom I believe he loves more than his own girlfriend. (Oh yes, he has one, a manipulative bitch – excuse my language- who was a spy serving his frienemy)

Maya could’ve been the person who can make a difference. Granted the amount of restraint she provides to stabilize Shin’s escalating mad frenzy, there could’ve been a chance to save him.

For once, Shin felt treasured. He felt like he matters and still exists despite the fact that a lot wants him dead. It was because of Maya that he continually got by every day without taking his own life.

It’s a shame she chose a different route. Or was it just too late?

I’m literally stuck in this paragraph for 10 minutes now. I don’t know how to phrase or say it without adding more gloom to the already gloomy atmosphere of this post. I want this to be a good read!

It’s just that, Shin saw death as the solution. It’s not your typical suicide, but it’s technically the same. (Just watch it! It hurts to write in details.) 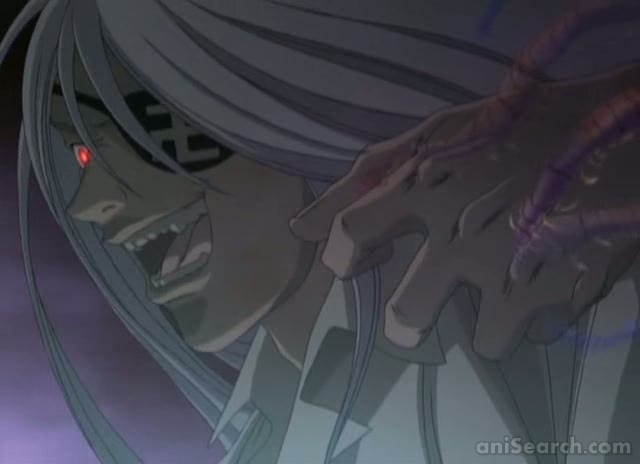 And it was never a solution. Suicide will never be. It can be difficult to fathom Shin’s internal struggle since it will require similar actual experience and I don’t want any of us to undergo any of that. But not suicide. Never will be.

It’s easy to ignore people around us when we’re all feeling great and secure. At times, we lose sight of what’s valuable in favor of comfort.

Treasuring the people around you,  your friends, family, colleagues at work, blogmates, and more can make a difference to your overall social relationship.

Also, don’t deny yourself of the pleasure to feel loved. Embrace it. Shin’s expression of love towards Maya was an obvious response to Maya’s kindness. He felt treasured and he wants to give it back (in a twisted kind of way.)

Treasure the people who matter. Allow yourself to be loved and of course share it with the rest!

Lastly, please accept my friendly hug to you who’s reading this! If you feel like no one cares, you’re wrong. We’re OWLS, remember? We take care of each other.